This is a prototype for the Game Dev Knock Out competition. Not a full game.  For more information: https://itch.io/jam/gdko-round-5

This is a Platformer... If possible use a 🎮️ CONTROLLER 🎮️ to play as it is much more fun 😉️

And it feels great the player movement. Nice touch.

I am positively surprised. This is a nice game, enjoyed playing it!

The 80s arcade style is very fitting and it is cool to have the references to other games ... actually Mario and Angry Birds, any other?

I don't think it is hard ... see comment below about ghosts.

Controls are solid. I wish I could jump a little higher, a little more control in the air, but the implemented style is very 80s, so ok.

Your point about ghosts, I agree. There should be something like particles or something when they appear to give the player time to escape (or await their impending doom if there is no escape) :) Maybe I will tweak that slightly.

Mushrooms are one of the few enemies that actually fall down the platforms and I haven’t come up with a solution to that other than once the player has encountered them before they will rush that level the next time to avoid them.

And yes the pigs are basically the complete boss of the game. The only way to avoid them is to time a double jump and not spend any time on their platform. Way OP.

The exits is kinda a design decision. Since it is an arcade game I didnt really want to vary up level design quite too much, but maybe one or two variations would have been good.

Also with a lot of the game I kinda ignored some bugs and difficulty spikes because a lot of arcade games are like that. Punishing and unfriendly, from a time where gamers didnt have any handholding and “completing” a game was an added bonus, not the objective :P You can call that an excuse for lazyness if you like ;)

Euch I think you swayed me… I’ve pushed an update :P

I’ve added a grace period to the ghosts (a whole second!!! 👻️) and I’ve changed the mushroom behaviour ever so slightly ;)

Can anyone beat my time? 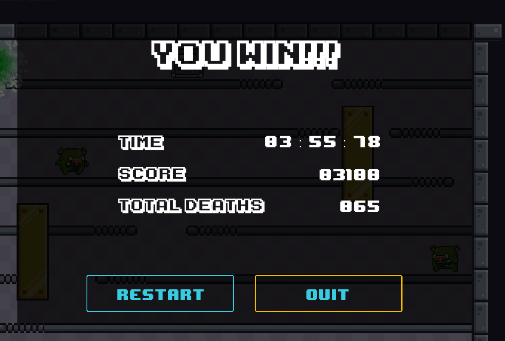 Too hard for me

Sorry R3inis… I may have gotten too carried away with the difficulty.

Hope you still enjoyed some part of it :)

Thanks :) I’m gonna still be working on it for another week or so. But it will mostly be polish. 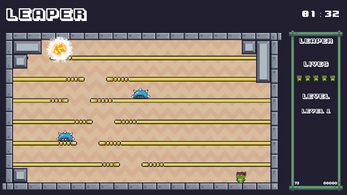 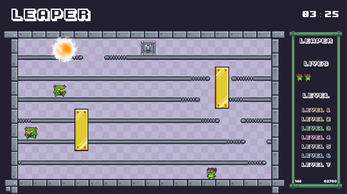